We arrived in Mangawhai to do the Mangawhai Cliff Walk and to our surprise the trail was closed to due weather damages, which we failed to research before we left – rookie mistake. But amateurs we are not – don’t fear, adventure is always near. We headed to the beach and were pelted with sand as the wind nearly blew us off of every rock we hopped to. 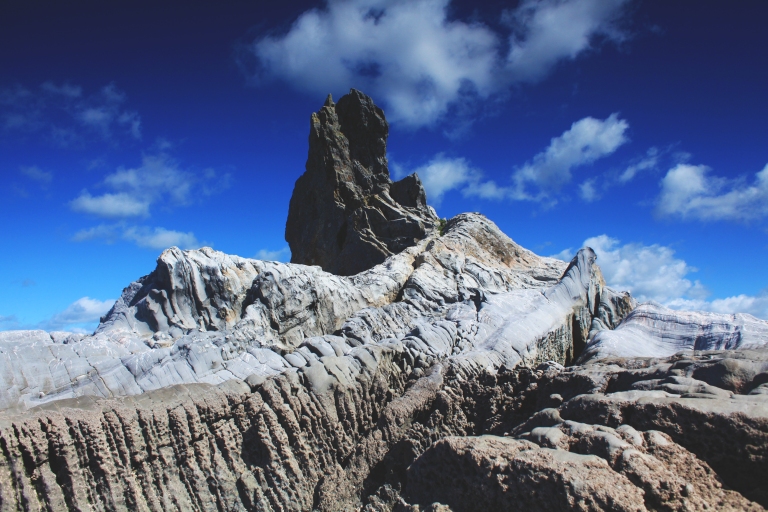 We followed the path of rocks as far out into the ocean as it would take us. Large rock formations towered over the closer we got and the water below had a washboard like texture as the wind danced above. The sky was a sapphire blue on this day and the scattered clouds would shade the sun almost perfectly to let both the highlights and shadows underneath the water create a palette of dreams.

With much difficulty to take my eyes off the water beneath me, though luckily I did, because in the very moment that I glanced up I shrieked like a child “dolphins!!”. We watched the pod swim along and each time they came up for air we cheered and stood in awe as if they appeared just for us. At the last minute I decided to lift up my camera and snap the photo below so that at least I would have the memory photographed and could zoom in to reminisce at my sad excuse of my “first sighting of a dolphin photo”. 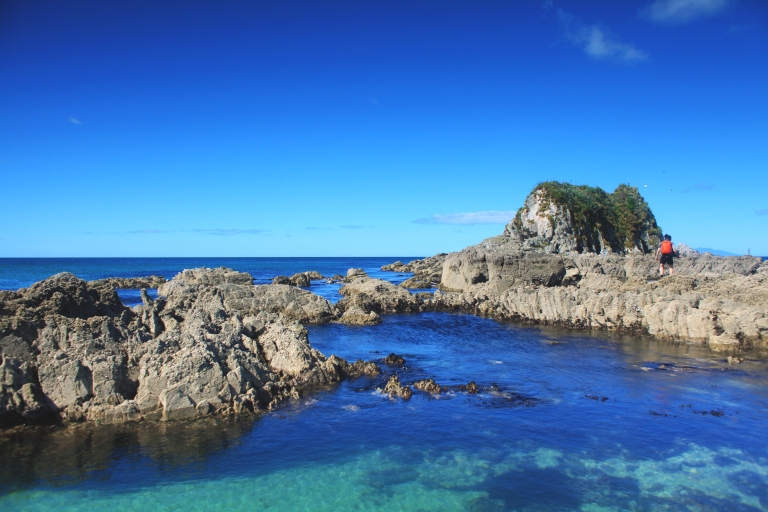 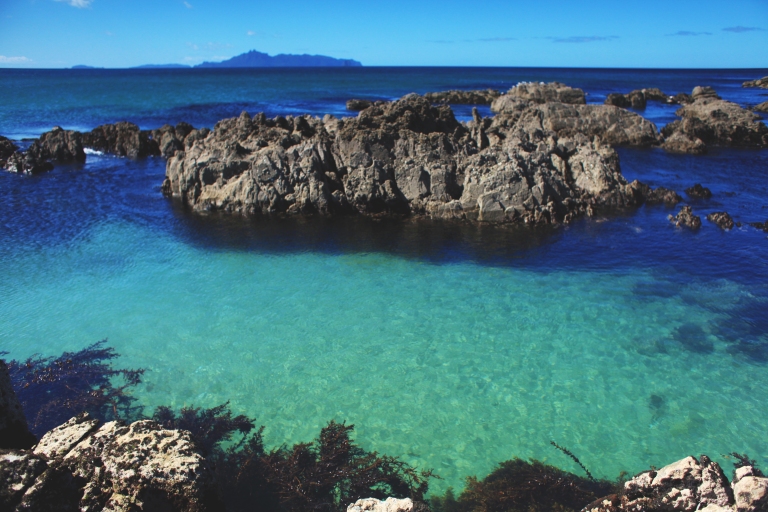 It took everything in us not to jump right into this inviting pool – everything but a wetsuit. If only! We walked to the end of the rocks hoping we would again see the dolphins…or whales, or sea lions, or mermaids. Instead we noticed there was a mysterious fishing pole at the edge propped up in what looked like a small cave. The scene looked eerie – as if we just missed company. The tide had started to come in as we noticed the crashes against the rocks were getting higher and more powerful. The venture out was hard enough trying to balance and hop our way across the pointed and jagged rocks, now we have to hustle? We quickly noticed our path of stones were underwater and that our longing to be submerged was about to be satisfied or we would end up like our suspicious fisherman.

We painfully made our way barefoot across the rocks through the water racing against the clock laughing hysterically at the paranoia of us all being engulfed by the tide. We finished the day at the Tawharanui Peninsula walking along the beach, listening to the birds’ undisturbed aural orchestra and sitting on rocks with happy, dry, and warm feet watching the water spill over the rocks. I have developed a love for the ocean I did not know I had this much room for along side my first love of the mountains. Every adventure around New Zealand so far has given me the best of both worlds in such a short drive and am consistently left fulfilled of all things natural.

On our drive back to Auckland we approached a chunk of fenced in land with a horse standing still on a small mound right at the fence staring directly at us. We thought nothing of it other than simply, “oh look, a horse”. The second the van aligned with the horse it instantly bolted and ran along side of us inside the fence like it was trying to race us. Unexpected? Yes. Speechless? Yes. Majestic? Absolutely.