Leaving Melbourne headed towards Victoria’s SE coastline, we drove as deep into the woods near Torquay as we could, completely alone, not a soul around. Picked a turn off and pitched a tent. My headlamp dies, so I rig a holster using my boot shoelace and a flip flop to hold my phone up as a lantern. Leaving our humble abode in the early morning, I saw a kangaroo for the first time, in the wild, hopping across the road. Let the Great Ocean Road begin…

Feeling Pacific Coast Highway vibes for hours, we stopped anytime I felt the need to whip out my camera and capture. From under a bridge, to high up overlooking a view of half ocean / half mountains. Australia, you had me blown away. 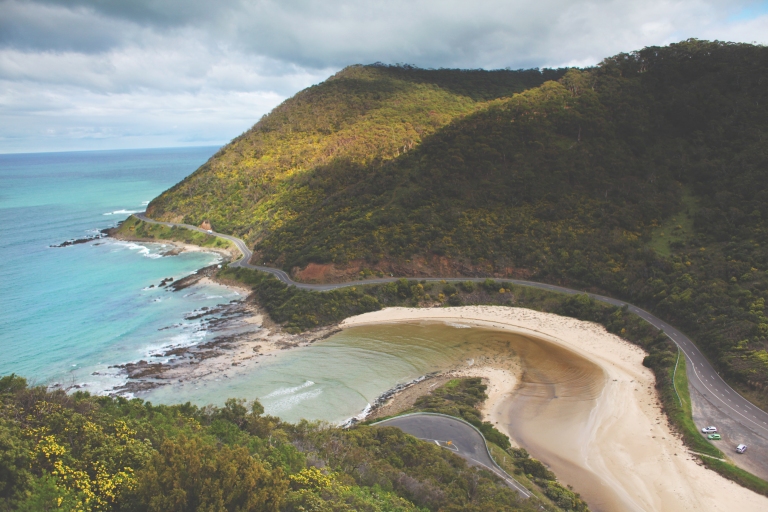 Typically, we stopped to admire the Twelve Apostles, yet feeling without solitude surrounded by tourists (like myself), we decided to adventure elsewhere. 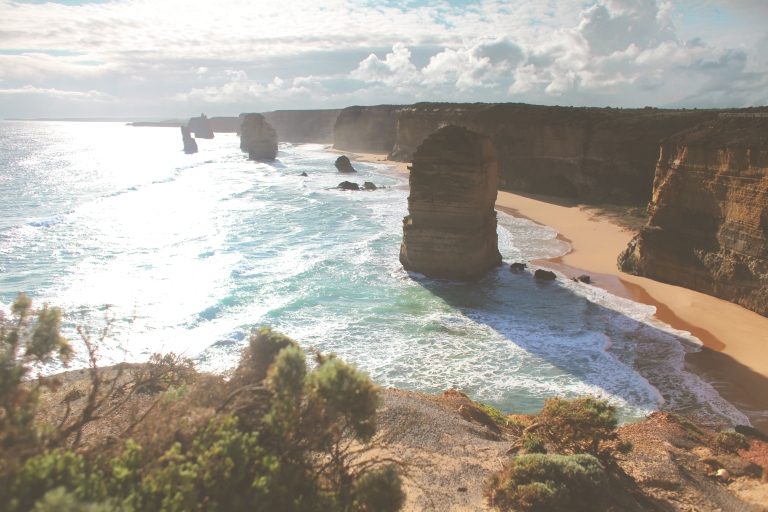 We drove passed an unmarked dirt road, threw the car in reverse, and walked back to the road. Found a completely unmarked path on top of cliffs that lead into the middle of the ocean with its way paved solely by the feet of other curious travelers. This was a moment I did not have my camera, so in this very bittersweet moment, I was able to see my surroundings completely organically. Although I am all about capturing moments with a camera and I was indeed incredibly disappointed, I also realized I do not find myself in exact places like this everyday so I better just absorb. This moment became something of a secret treasure, like no one else could see or take it from me. We walked about 300ft out on a cliff that lead to a view that was indescribable. We were the only people on this cliff, like it was made for us. To the right there was an enormous cave at shore level with an untouched beach right in front. To the left there were more cliffs just as high and tall as we were, with water so deeply blue beneath I could have watched the waves crash for hours against the cliffs and over the flats rocks in the water and filter through hues of blues.

The adventure continued and at another location we jumped over the fence and once again, being the only people there, it made for a unique experience. Surrounded by rocks in the water and cave like coves along the coast we walked along the beach jumping on and over rocks like it was a game trying not to let the waves crash on us. 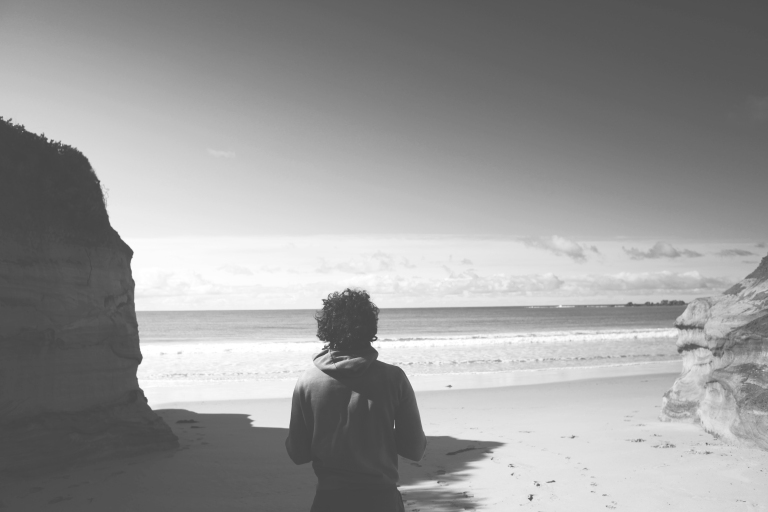 Back at the top, on an authorized path, we adventured a little further down and found yet another place to jump over. Resistant at first, I eagerly convinced myself to follow my company and just as quickly did not regret my decision. A complete 360 degree picture of caves, cliffs, rocks, and an intensely textural view of the ocean. The windy weather made the surface look like a blanket with thousands of white pulls and snags. 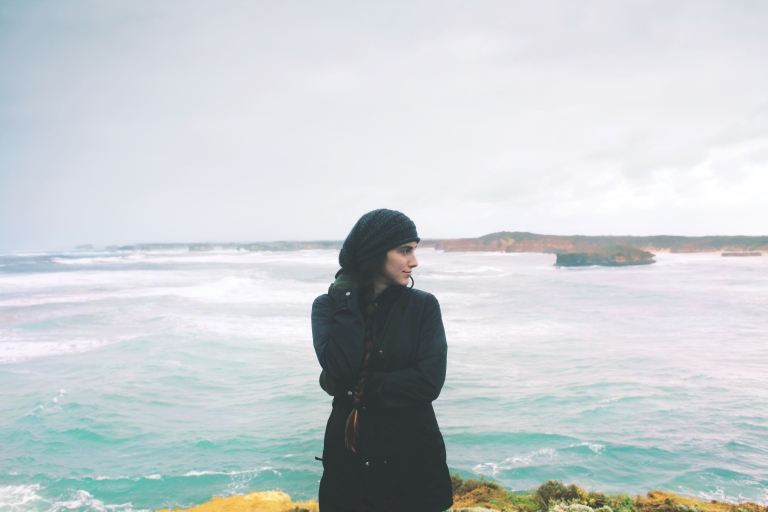 Racing down the Great Ocean Road to beat the sunset, but coincidentally also being in awe of the sunset, we stopped to see more views of the ocean and its surroundings that kept getting unbelievably better than the last.

The sun was setting, it was cold and rainy. Naturally everyone wishes for great weather when they travel, but the dark stormy clouds with the sunset beaming through them, the adrenaline rush of running through the rain like a child, catching a rainbow over the ocean, and watching the dense texture of the waves build and crash is truly extraordinary. In this way, the ocean has a powerful effect that you can not help but feel. The sun had set, hunger set in, a bar saved the day. We then drove all over the area, once again in search for a place to camp. With no luck, we ended up back into the parking lot of the bar to sleep in the car for the night. We pushed the seats down, rearranged, hung some towels on the windows and called it a night. In the morning we awoke, crawled out of the car like gremlins, and headed immediately to a nearby waterfall to begin our day. Followed by the obligatory breakfast and the Otway National Forest. In the forest, once again feeling those beautiful PNW vibes, I was feeling completely in my element and never wanting this moment to end. It was foggy and rainy, vibrant and green, silent and powerful. Moss covered branches, faded and foggy outlines of palm trees high in the sky, and the sweet sound of approaching flowing water. Sliding down muddy rocks to the base of the waterfall, I crossed over a fallen down tree in the water to get “the shot”. Ironically the last photo of the trip, the last stop of this adventure, and the end of this blog post. 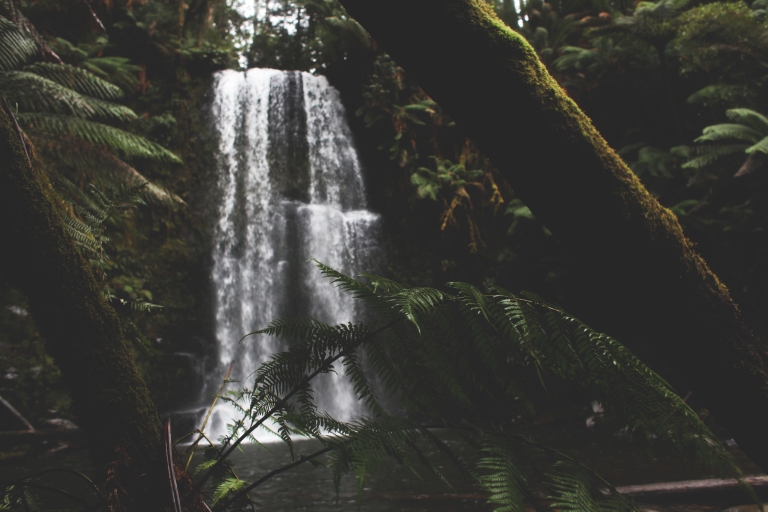 2 thoughts on “The Thirteenth One – the Great Ocean Road, Australia”